Intro to Perkins Gilman and Feminism by Paul Carron 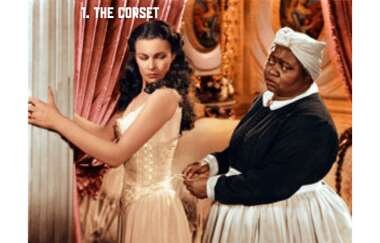 Three Metaphors, Three Concepts”It is equally possible for a race, a nation, a class, to become accustomed to the most disadvantageous conditions, and fail to notice them. Take, as an individual instance, the wearing of corsets by women. Put a corset, even a loose one, on a vigorous man or woman who never wore one, and there is intense discomfort, and a vivid consciousness thereof. The healthy muscles of the trunk resent the pressure, the action of the whole body is checked in the middle, the stomach is choked, the process of digestion interfered with; and the victim says, ‘How can you bear such a thing?'”

Source: Intro to Perkins Gilman and Feminism by Paul Carron

For the record, our position is that Gilman was a sick, sick person whose brand of feminism pretty much confirms why so many people from marginalized groups disavowed the term. Some of us are taking it back, and have marked a clear border between capitalist “white” feminism and global inclusive feminism, and reference posts like this are made so people can read for themselves what the differences are. I just wanted to make that clear before anyone thought this post was supportive.