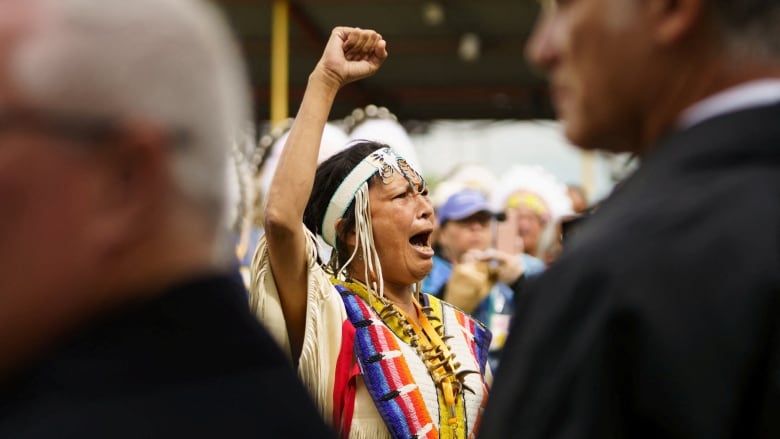 It was a raw, powerful moment that seemed to stop time — a song performed emotionally in Cree to the tune of Canada’s national anthem by an Indigenous woman wearing traditional regalia.In an interview Thursday with CBC News, Si Pih Ko, also known as Trina Francois, said the song lyrics were an ancient ballad to the land and the village. Other local language speakers have translated it as: “Our creator, keep our sacred land, Canada. Our land here, Canada. Our Sacred Land.”After she sang, over applause and cheering from the crowd in Maskwacis, Alta., Si Pih Ko spoke directly to Pope Francis in Cree, her voice strong in its anguish.”You are hereby served spoken law. We, the daughters of the Great Spirit and our tribal sovereign members cannot be coerced into any law, any treaty that is not the Great Law,” she translated later for CBC News.