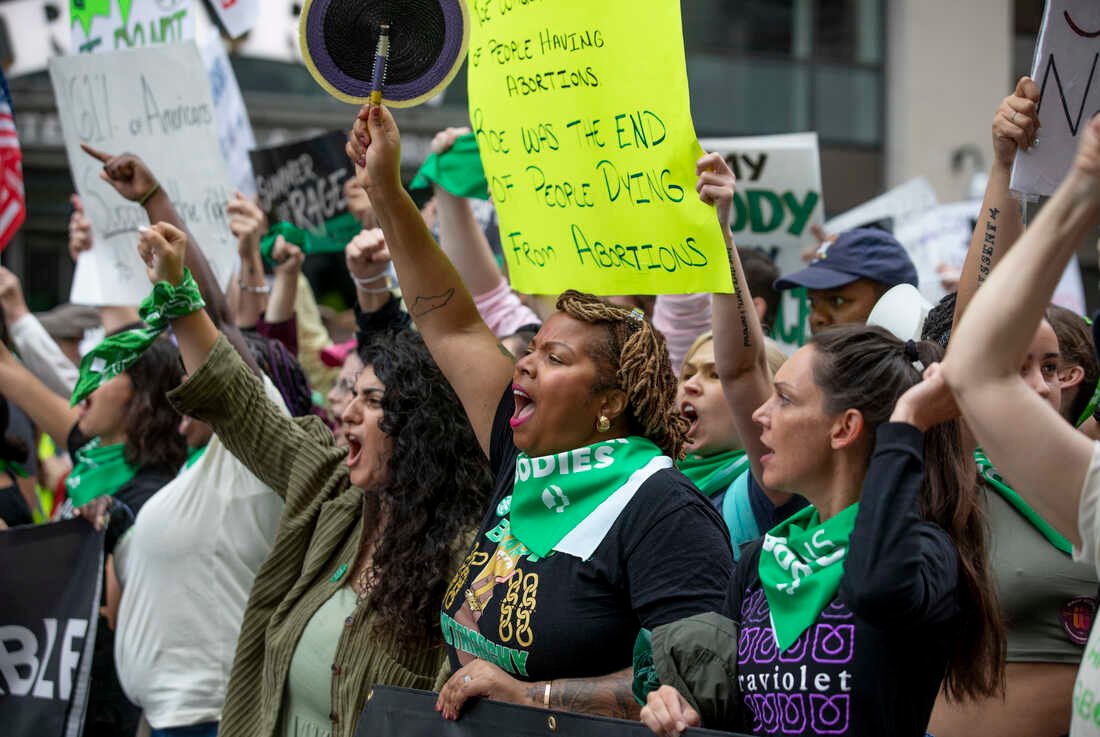 A day after President Biden signed an executive order that takes incremental steps to protect abortion services, hundreds of protesters sat outside the White House.The Women’s March protesters said they want the White House to do more to support abortion rights around the country.At least nine states have banned abortion so far and a dozen more states are expected to prohibit or restrict the procedure in the coming weeks.