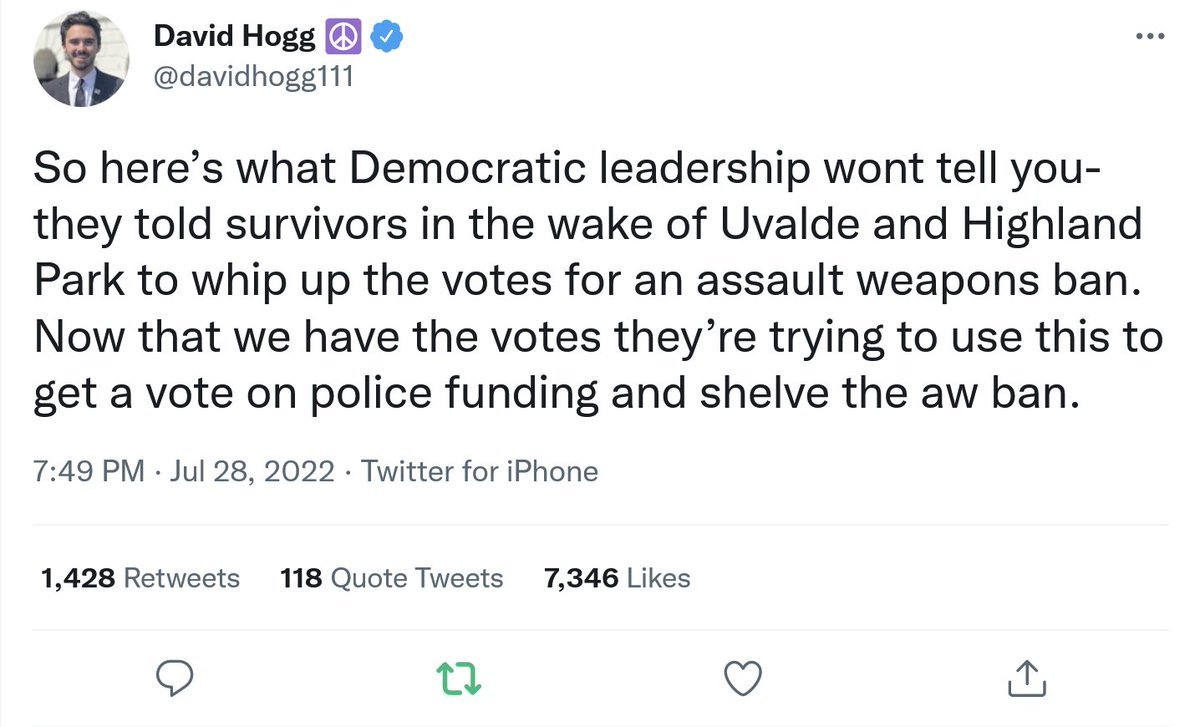 THREAD. Late last night, something alarming happened. House Democratic leadership shocked everyone and is trying to force through billions for 100,000 more cops and big expansion of surveillance by *coupling that bill with the assault weapons ban.* Vote is now at 10am.I previously explained why the push by corporate Democrats to massively expand police surveillance at a time of alarming rise in criminalization of reproductive rights, growing fascism, and police crackdown on climate movements is an existential threat.