Home News Mourning after the death of trans man Malte C.: “The hatred is increasing” – News in Germany

Mourning after the death of trans man Malte C.: “The hatred is increasing” – News in Germany 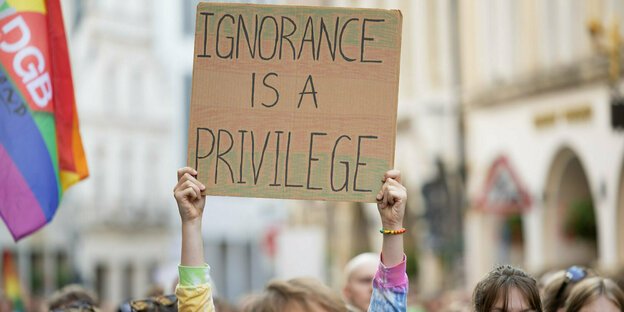 BERLIN taz | There were several thousand people who gathered on the Prinzipalmarkt in Münster on Friday evening. “The hatred is increasing” complained one speaker. A second was combative: It will be shown “that we are not intimidated by threats and violence”. The reason for the rally was Death of trans man Malte C. the same day after he had previously been brutally attacked.The 25-year-old was in Münster a week ago on the sidelines of Christopher Street Day attacked by a man been. According to the police, he had previously insulted several movers as “lesbian whore” and “piss off” and approached them threateningly. Malte C. asked to refrain from the insults. The attacker then suddenly hit him in the face. C. lost his balance and, while still tumbling, received a second punch in the face, according to the police. He passed out and hit the asphalt with the back of his head.

Source: Mourning after the death of trans man Malte C.: “The hatred is increasing” – News in Germany