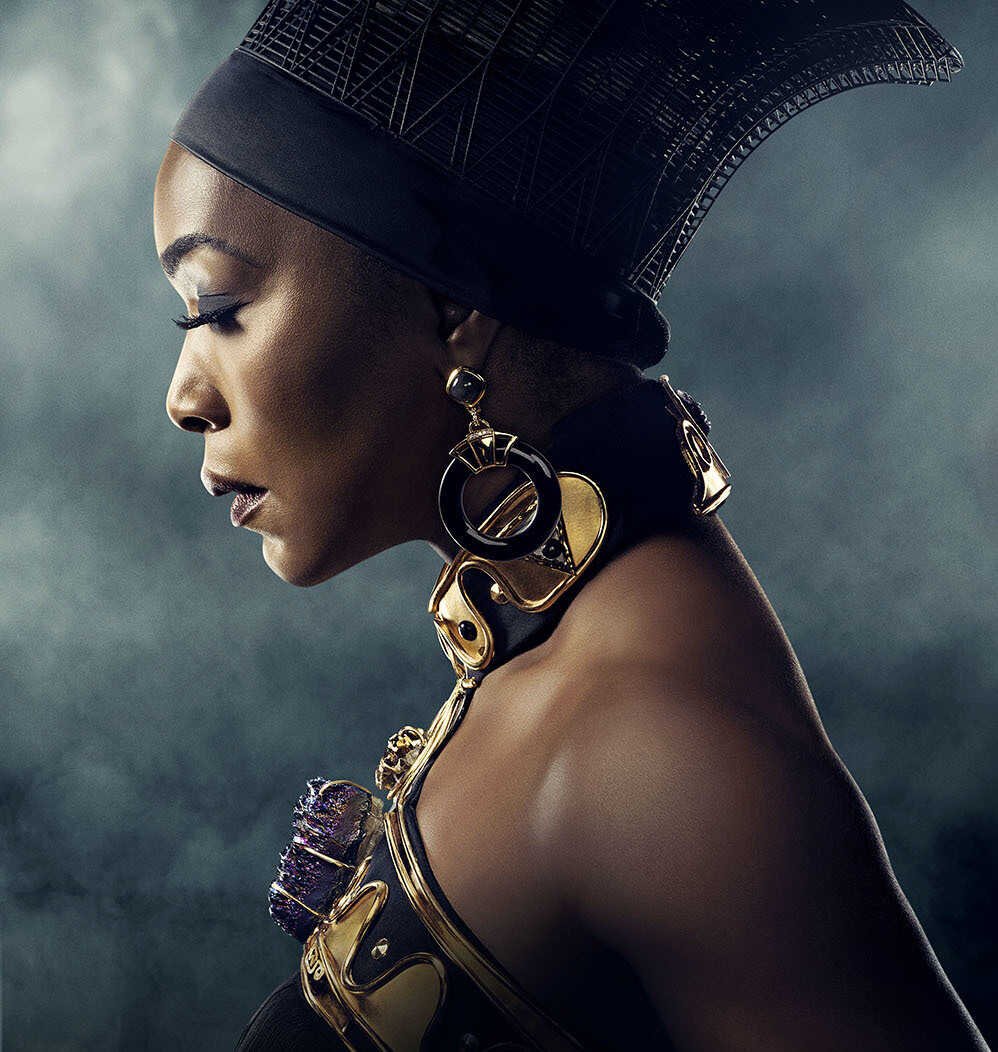 It is the piece at the scene at the very end of the film, Black Panther, and then it also makes another appearance at the very end of Avengers which was exciting for me because I didn’t know that it was going to be filmed. When I saw it in the theater, I screamed because I was so excited.Black Panther costume designer Ruth Carter “really wanted something that was very, very strong,” Fletcher says of the necklace she designed for Angela Bassett’s character, Ramonda.Marvel Studios 2018That piece: it was a gold-plated metal piece that was put on a beautiful black dress, and what the vision was — because she is the queen mother, she is the feminine, and strong, and powerful voice and the voice of guidance and comfort for T’Challa, Black Panther — Ruth really wanted something that was very, very strong.