Home Our Bodies Bewombed Specific For these Black activists, abortion isn’t just a woman’s issue. It’s about race, too

For these Black activists, abortion isn’t just a woman’s issue. It’s about race, too 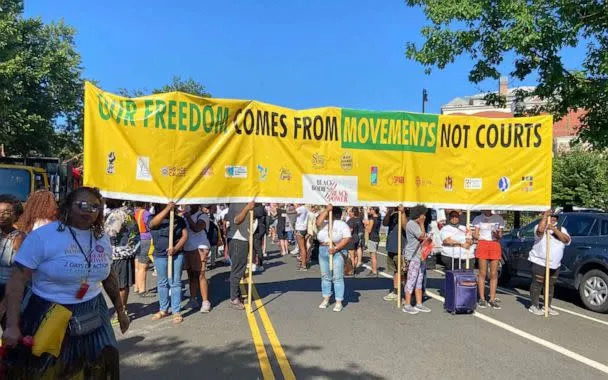 “If it’s obliterated,” Simpson said of the right to abortion, “then we’re not only dealing with an access issue. In a bigger way, we’re also dealing with criminalization possibilities. And that’s a very scary thing in particular for Black folks in this country who are already over-criminalized in so many ways.”The Supreme Court was expected to rule on the abortion case, Dobbs v. Jackson Women’s Health, in the next few weeks. According to a leaked draft opinion, the court’s decision would leave the issue up to states. If that happens, more than two dozen states, mostly in the South and Midwest, plan to move ahead to severely curtail access to abortion.

Source: For these Black activists, abortion isn’t just a woman’s issue. It’s about race, too