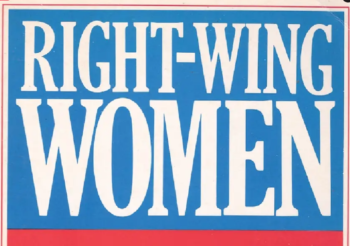 In the 2020’s it is prudent for all feminists of all stripes to give her a re-read even though maternal feminists, especially those of richer complexions, may have fundamental disagreements with her perspectives.

She does successfully suss out the method behind their madness, albeit still with a tone that conforms to stereotypes of feminine naivete and operation under duress. She can be forgiven due to the time the work was written, for not quite getting that some women were fully invested in the “white patriarchy” because it is not a patriarchy but an oligarchy with men as the front. They are happy to use men, women, intersex and multigender people, dogs, cats, or whoever and whatever keeps the steady flow of $$$.

It’s worth a read though because for the masses, a lot of what she says is spot on. If you are standing within this crowd looking around, this is exactly what you would see.