On July 4, a day when selective freedom was celebrated in America, it was only fitting that Macy Gray chose to go on known bigot Piers Morgan’s show Uncensored and reveal herself as a transphobe on national television. After all, trans women in the U.S. are still fighting for their rights and for the freedom “Independence Day” claims all Americans are granted. In the controversial interview, Gray stated, “Just because you go change your parts, doesn’t make you a woman.”

Source: Say Goodbye To Macy Gray — She Outed Herself As A TERF

“The parts” don’t make you a woman either. Many of us born with some “parts” associated with being biologically female, and developed others later, kind of resent our social role as women being reduced to our “parts”. This implies that those born with neither female associated nor male associated “parts” or who lose some “parts” in the course of life, but accept and adhere to a social identity, are somehow lesser because of the absence of said “parts”.

If someone contributes sperm or gives birth to me but then gives me away to another, the former is not my parent. The latter is. My having “parts” formed in their womb or from the DNA contributed by their sperm, does not make them my parent.

I get that in this postmodern age, “there is no authority” and everybody feels free to impose their arbitrary feelings about what reality is on the rest of the world. Good luck with that. More famous, more powerful, and more willing to enforce their bias with violence, have been trying for a long, long time.

However, the strongest reality wins.

So for you, someone born with a vagina is a woman. For me, being a woman means so much more that the presence or lack of a vagina is not the relevant factor. For me, womanhood has so many flavors and so many ways that it cannot be placed in a box according to what someone’s genitals look like or what proportions of which hormones circulate through their bodies.

For me a person’s personhood is the relevant factor. I don’t particularly care what gender they are or what they prefer to be called. They are a person, and the minimum respect for their personhood means that if they tell me they are a Practulon from the planet Percolate, and their pronouns are Woo/Goo, then I am happy to welcome goo to Earth. The rest is not my business.

Learn to mind your business.

We live in a world wherein “white” supremacists are making their hopefully last gasp for relevance and are teaching people it’s okay to exterminate anything they disapprove of. They use people who look like you/us to justify themselves that “cool” people agree with their nazi b.s. or on the cultural imperialist side, to prove that we are “primitive savages” who deserve to be prevented from having any authority because we are too stupid and authoritarian to be just, and have no morality or compassion.

Next time someone asks you a leading question about another marginalized group, don’t answer the question. Just insist on their humanity. Your opinion of the details is not relevant. They are playing your ego and the hype that you are being interviewed for making a lot of money, to get you to justify killing people. Whatever they want you to say, it’s a trap. Whatever comes out of your mouth needs to not be motivation for murders.

It may be inconvenient, but don’t whine. It is the price we pay for being artists who get any attention. There will always be people who try to take our talent and use it to boost their politics. These kinds of traps have been there since the existence of news. Don’t want to be inclusive and aware that one has to not alienate people to keep their positive attention? Don’t be famous. The price of mass appeal is taking some responsibility for your contribution to social engineering. I’m practically nobody with a tiny tiny following, and I get that.

Now that you’ve said what you said, don’t start whining about cancel culture. You just cancelled a small but beloved chunk of your former fans. They get to cancel you back. Don’t start none, won’t be none.

I hope you get out a bit more and meet some of the people you sold for clout. I hope you grow and learn more about the world and about womanhood. I promise you it will make you more of a woman to be inclusive, not less. It will make you hate the aspects of your own womanhood that you seem to dislike at the moment less, and they’ll be a lot more dear to you when you meet others who were punished for being like you.

But these are my hopes. You do you. Just when you do you, don’t complain about it coming back to you in kind. African women worldwide take a lot of hell we don’t deserve, but above a certain level of education, someone who chops away at her own foundations, what can I say?

Update: Macy Gray has since apologized and walked back her comments, as she says, because she’s learned more. We’ll see.

Sooner or later, especially since there’s a lot unknown about sex and gender and orientation, and the human mind and body in general, we writers and artists are bound to say something inaccurate, talk out of our ass, etc. It’s life. It’s part of this work. One thing that helped me was to learn the history of feminism including the stuff that was but wasn’t called that until later. Also talking to people who studied gender, sexuality, and all sorts. People need to learn to defer to the folks who’ve put in the work before speaking on things, and then still be careful about saying things. We don’t need to tell people who interview us or ask us all that we know or think we know. Sometimes the best thing to do in certain discussions is to really lead with love as more than a saying. Think about how who you’re talking about might be affected by what you say.

Times like these with fascism on the rise, we have to think before we speak, where, and to whom. 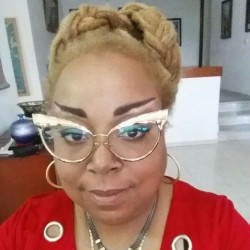